Well friends I had a COMPLETELY different post planned for today, but as the Lord would have it, plans change. Let me start at the beginning.

This day has started rough. I will admit I was a bit of a grump and then you add two children who have bad attitudes as well and let's just say it's a recipe for disaster. Not only do I have to deal with myself, but I also have to teach and train my children as to what it means to be happy, thankful, and not complain about every-single-little-thing-that-isn't-perfect. Oh, my what a hard job parenting can be! It's difficult to try to make myself get a better attitude let alone a 5 and a 3 year old.

Breakfast time was a task and we made it through. We all ate, were satisfied, and even smiled a little. I talked to my hubby during that time and he told me that I should just take the kids outside and go for a walk to get some fresh air. Little did he know...

When baby went down for her first nap I thought it would be a good time to go let the chickens out into their run and let Jude and Ella burn off some steam (literally). My mood was definitely perking up as I was putting on my tennis and feeling the warmth of the sun on my skin. The kids were thrilled to get to see the chickens and maybe, just maybe get to catch one. It's so nice to see how little things make them so happy. They catch chickens everyday and yet it never gets old for them.

As we were walking towards the coop together talking about how beautiful of a day it was, I looked up and about died. Yes died. Our whole garden was under water! The beautiful garden we just finished planting, the one I just finished weed eating, the one that we've been waiting for was under 5-6 inches of water. My heart dropped and I promptly turned around to go get my irrigation boots on. Damage control was in need and I had to get prepared. My first thought was about my beloved seedlings that I just planted, but alas I can't do much for them but wait and hope the the water will drain quickly. I hope everything doesn't die, but there's a good chance that it will. I'm thankful that we can flood irrigate our property, but we need to prevent it's passage into our garden and chicken coop. 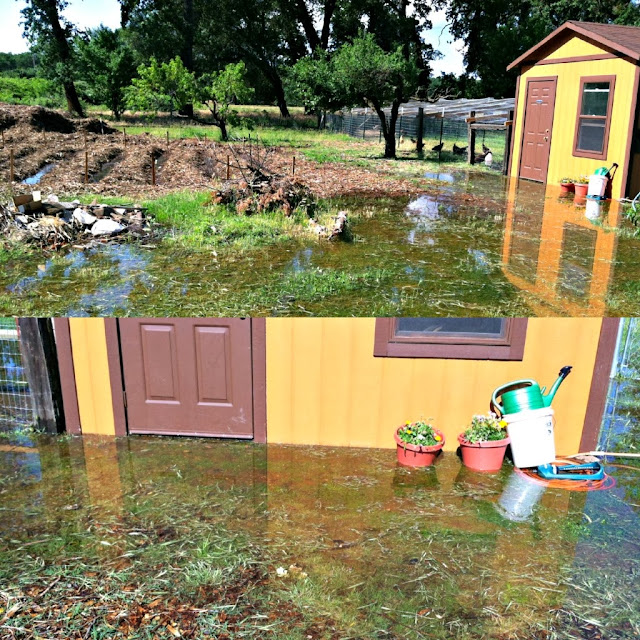 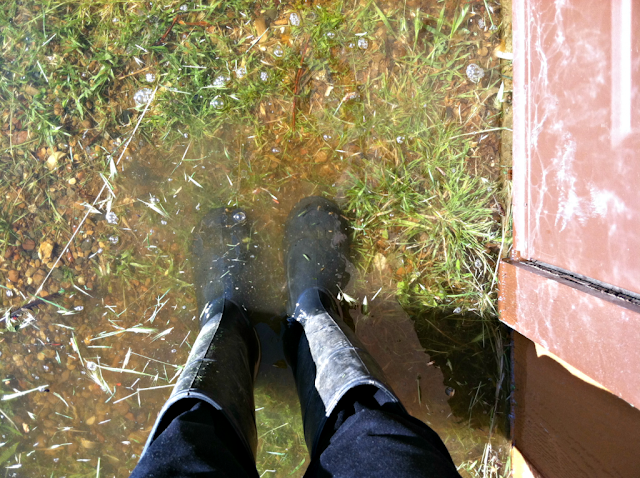 Oh, yes I said it, the chicken coop. It definitely didn't escape unscathed. The poor girls were probably wondering what the heck happened. I just bought two sacks of organic feed for the chickens. You and I both know that it ain't CHEAP and I knew it was sittin' in the water. I got a empty garbage can and a bucket, two garbage bags, and pruning shears. Since the feed bags were upside down I couldn't open them properly and had to cut the tops off. I scooped out all of the dry feed and put them into the bags that lined the garbage can and bucket. Thankfully we only lost about a fifth of each bag so it definitely could have been worse. I decided to let the wild birds have some goodies and instead of throwing the damp food away I spread it out in our front yard and figured the sun would dry it and the birds could have an easy meal. 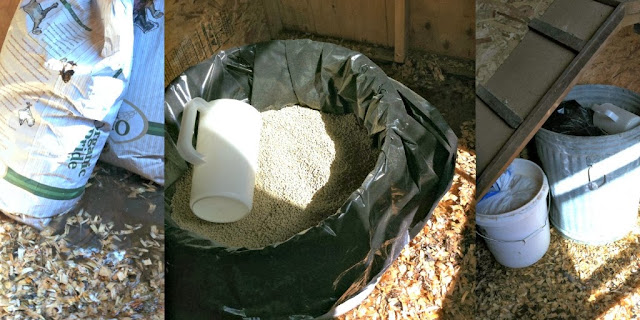 I seriously could cry over my seedlings. I know it sounds silly and pathetic, but I've been doting on those darn things for weeks now and only one week after planting them I might lose them. I so desperately want a garden and to be able to feed my family from the place. I want to spend time with my kids teaching them about the rewards of hard work and get our hands dirty together. All-in-all I want everything to be perfect.

That is the problem. Perfection is unattainable this side of heaven. Life happens and lessons are to be learned. 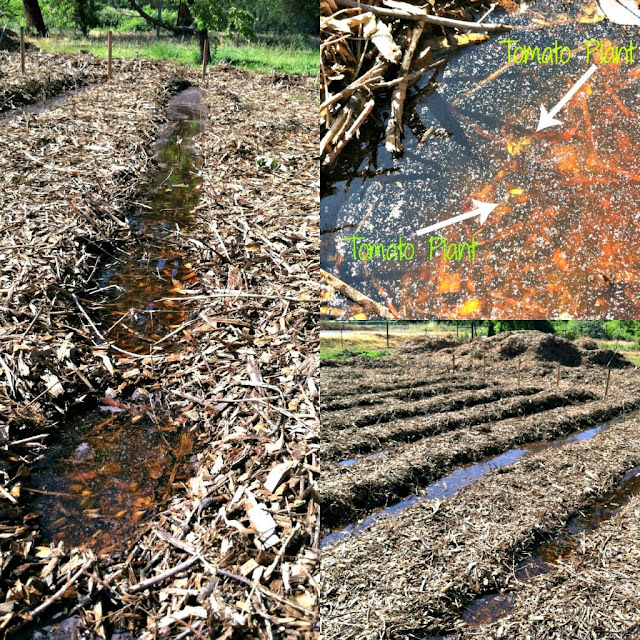 On a spiritual note, I was humbled today. I myself woke up a bit grumpy and then was irritated when my kids did the same. I wanted them to just change their attitude and be nice, respectful, and happy. Just like that. I wanted to quickly go let the chickens out so I could come back to the house and clean, clean, get ready for company, and clean. I have laundry that needs to be folded, a house that looks like kids live here (cause they do), dishes to do, and the list goes on and on and on. While scooping food into the dry bags I was thinking about how the day already is a bad one and then no sooner did I think that then did I realize it was a great day. What do I have to complain about? I have a house, food, children, a husband, I have animals to care for that will provide food one day (Lord willing), and I have a garden. Even though it's under water, I still have one. I'm one of the Lord's and He's blessed me. I should NOT complain, my life could be infinitely worse.

The Lord was changing my heart and helping me to see my blessings and not the  events that I was dwelling on as the makings of a terrible day. I got perspective in a hurry. While I was grumbling in the coop about the over-abundance of water, my children were outside playing and having a joyous time. Imaginations were running wild and I could hear them defeating the crocodiles and saving the lady bugs from imminent death. Such grand tales from such little souls. 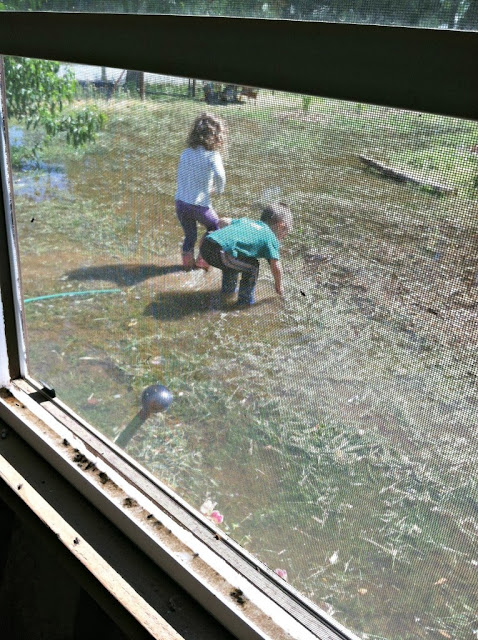 Farm life has unexpected twists and turns. Sometimes it seems like everything is going right and that life couldn't get better. Seeds are growing, sprouting, producing, and animals are thriving, healthy, and reproducing. There are the times when disaster strikes and flooding washes over your garden (or a drought), animals get sick and die (or eaten/attacked), and I could go on.

If your dreaming of a farm, please know that there are highs and lows much like life. If you have farmed or are living on one, I'm probably preaching to the choir.

I have come up with a short list that I will leave you with. One that I think is a compilation of what you need to have on hand when you have to deal with a flooding garden and chicken coop.