I'd like to forget it. This has been one part of our farm that is...how you say, less than desirable to look at? It was an old green house and it also was the pump house. Even in it's 'day' I think it probably was still hideous. I'm serious. Look at this thing, it was definitely built for function with no aesthetic appeal. My opinion and I'm stickin' to it.

Now however things are different and we've torn down this wretch of an eyesore and replaced it with this! 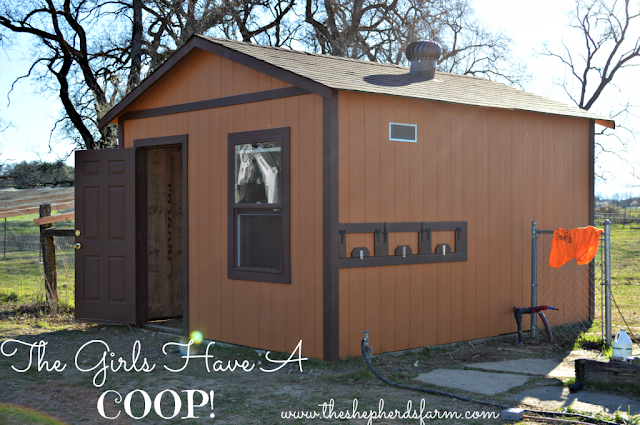 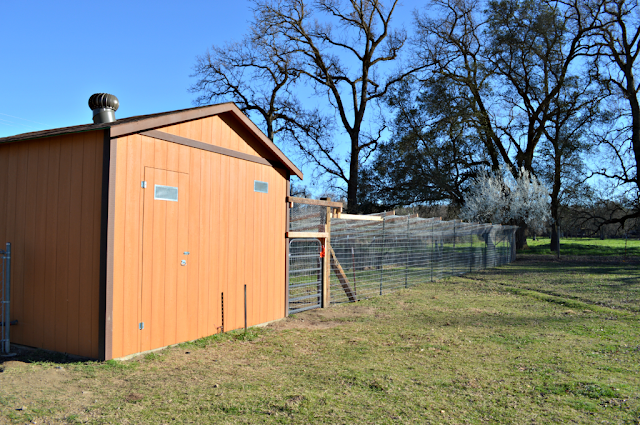 Seriously, do I really even need to say anything? Probably not, but I will. Just continuously scroll up and down and join me in singing, "Hallelujah!" We've been needing a coop for our 'girls' for sometime now and finally finished this beauty. I've been wanting to post updates, but I knew that if I held back I could to an unveiling that this coop deserved. As you can see, this coop blows the ole shed out of the water. Or out of the field you might say. Or the universe, it might be a stretch, but I'd go with it...

***In the second picture you'll see a door, that leads to our water pump that goes to our well and is walled off from the rest of the coop. Just wanted to interject this cause I didn't add a pic of the inside of the 'pump house' part. Not very exciting looking at a water tank.

On the contrary THIS is VERY exciting!

Here we have the doors that open to the back of our nesting boxes. I had to leave for a few hours and had NO idea that my awesome superman of a hubby would make them look so nice. What a guy I have!

Bear with me, my excitement may manifest itself in words...and pictures. 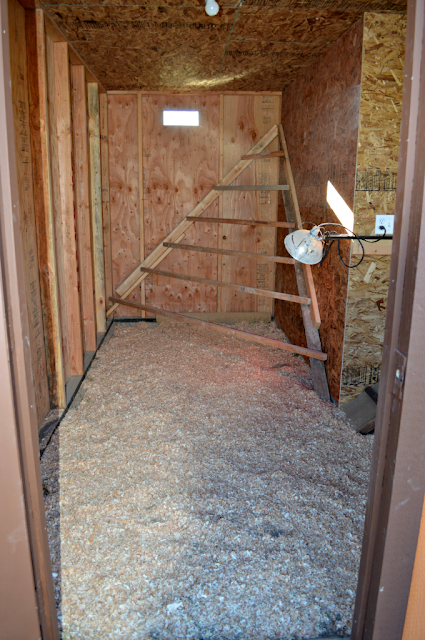 My father-in-law built the roost and I must say it was very smart of him. What a great use of space! I love it and the girls love it too, which is a plus cause ya know, they like to roost and all. 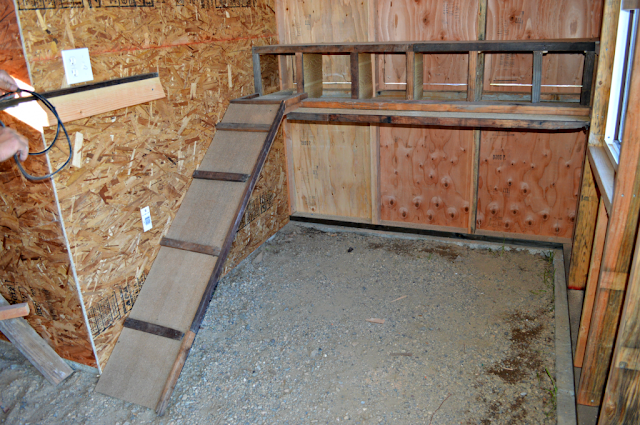 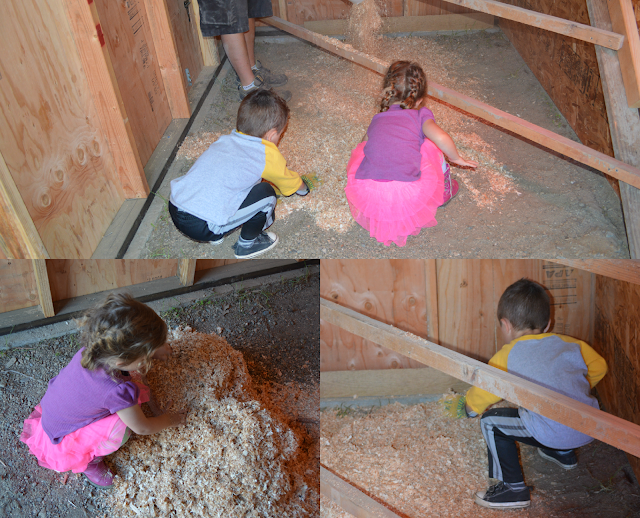 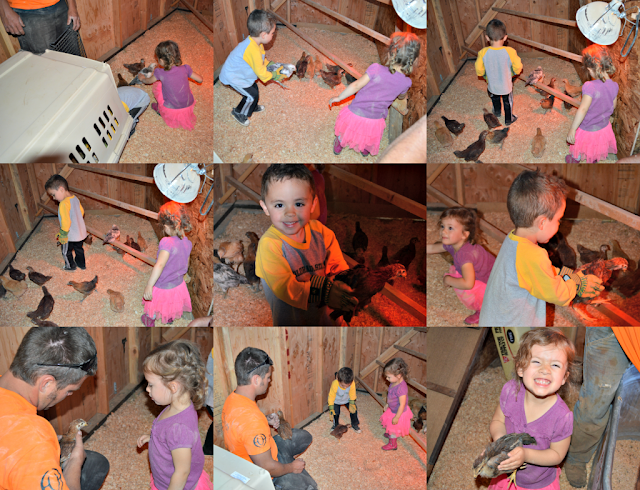 My precious Ella wouldn't stop sitting on the bar. She found out why I told her it was not a great idea. Can you figure out what happened? 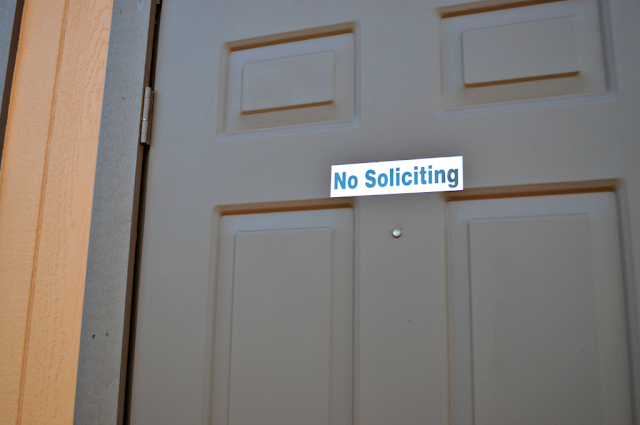 Franco actually is the sweetest dog EVER, but for the undesirables comin' to my door...they don't need to know that.

Rabbit trail, back to the coop. I love the men that God has placed in my life. What blessings to have a husband that is far beyond what I deserve and a son who lights up my life! Speaking of my boy, he LOVES the girls (the chickens that is) and has declared himself the best bird catcher ever! He may be right. 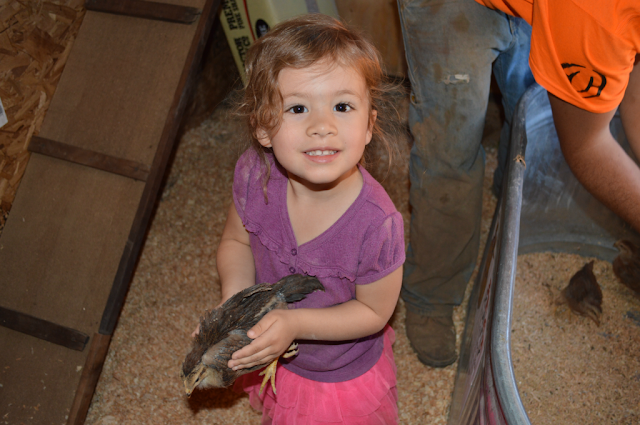 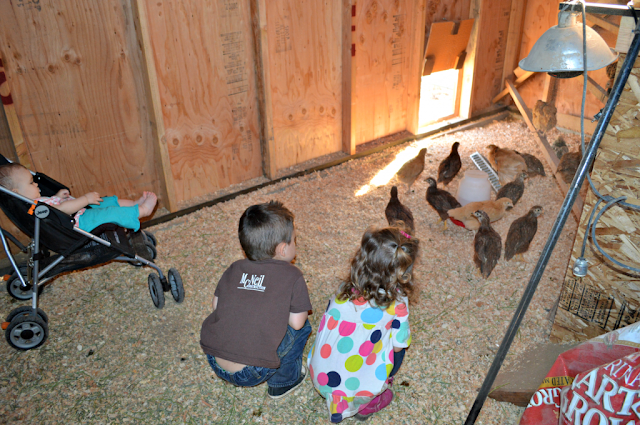 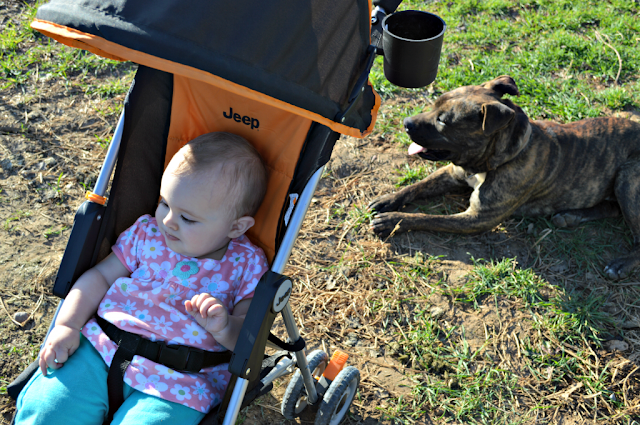 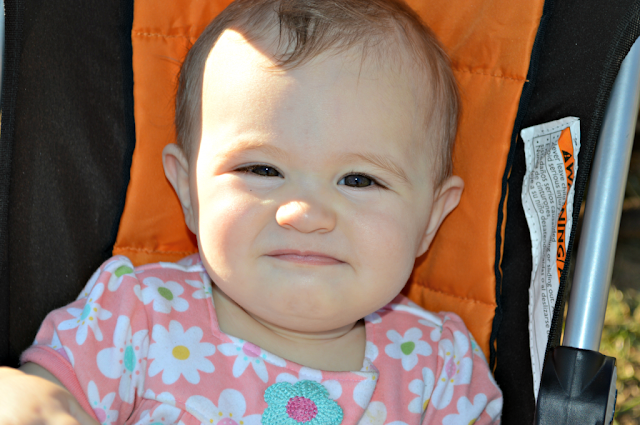 I am thankful to the Lord to be able to have such a nice coop and the ability to own and raise chickens. Such a blessing and I'm convinced that that first egg will taste so good. Mmmm.

Now that the coop is done, we are wasting no time and getting started on the garden. I hope it actually grows this year. Last year was a flop. Big time.

I will give you a quick glimpse into our gardening endeavor and also a look into the crazy stuff I find my adrenaline junkie hubby doing.

Yep, he's not satisfied with just moving the mound of wood chips, he has to be on it at the same time. Ugh! I keep telling him that I want to grow old with him. I hope he is listening...

If pictures are worth a thousand words, than I have spoken thousands upon thousands.

I have one more picture for you and let me tell you...it speaks millions. 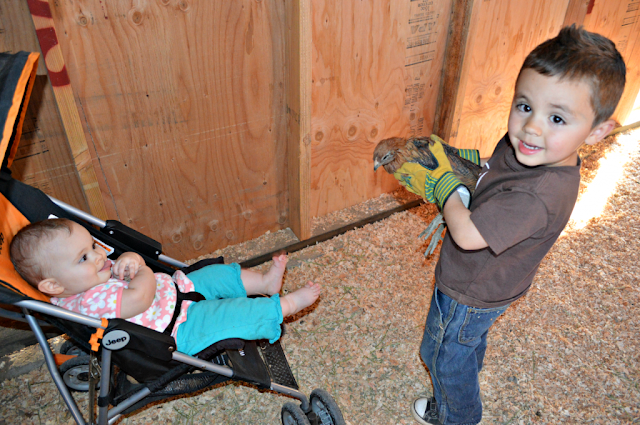